Showing posts from January, 2017
Show all

- January 30, 2017
Within two days I have had two guys compliment me on embracing my speech.

One was on a date and the other was the cashier at Subway.

During the date, we talked about characteristics we would change about ourselves, if we could.

I claimed that, "I think most people would assume my voice, but honestly, I'd change my chest (what woman wouldn't) or my two little toes because I can't point them downwards."

He replied, "I knew you wouldn't change your voice, you love it and embrace it too much to want to change it."

Glad I could exude such confidence.

The next afternoon, the Subway cashier asked, "Where are you from, I hear an accent?"

I told him it was a speech issue and he apologized for asking. I assured him there's no need to apologize, I actually like it when people think I'm from a foreign country; it's much better than people assuming I have speech issues.

He remarked, "That's pretty cool that you just embrace it, y…
Read more

R is for Romance, Right?

- January 27, 2017
Middle school was awful. In the midst of puberty, homework, and attending speech therapy 2 - 3 times a week; it was not the most enjoyable years.

Smart enough to be in 'normal' classes, yet I was not verbally intelligible enough to leave speech therapy. Hence, I hid speech therapy to a lot of people. Acquaintances, or those not close to me, would ask why I was always pulled out of class, and I lied. If they asked, I would usually say, "It's a library program I'm in" or "I volunteer at the library." That usually settled their nosiness.
There was a negative connotation of "speech therapy" from my peers (this does not include my closest friends) in the general school population.  Their impression of "speech therapy" was the same impression of their peers in special-education. Speech therapy was lame and for 'special' kids, at least most of my peers and myself considered it that way. If certain individuals di…
Read more

She Knows Me Too Well 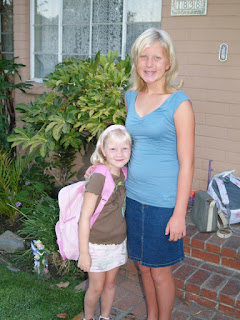 Pardon the cliff-hanger. Last post I talked about my doctor's visit, but I completely left out the gym moment.

Why? Well frankly I was too irritated after the doctors and plus, I'd like to keep your attention with relatively shorter posts.

Typical News Years resolutions; my sister and my mom found themselves registering at a local gym. My aunt and I had already made an account a week before they did, so my Mom and Sister only needed to 'add' onto our account.

At the gym, we were talking to a lovely employee named Christina. She truly was awesome-we talked about all of our physical fitness goals, the best deal, some classes offered, and of course our interest in buying cute exercise clothes (A true priority when at the gym).

While my sister and my mom were completing their registration at the front desk by providing their finger prints and contact numbers; I was standing behind them playing on my phone.

Christina began talking to my younger sister and asked, something a…
Read more

- January 11, 2017
Fair warning; if you are looking for a warm and fuzzy inspirational post about Apraxia, this may not be the post to read. Sorry in advance, I am sure if I dug deep I could whip up something. But in all honesty, sharing some inspirational message would not demonstrate what it is actually like being a young adult with a 'funny accent.'

I want to share the truth with you about what it is like on a daily basis with Apraxia and its lasting effects. If you are taking time out of your day to read this, you deserve the truth about what it is like. What better way than to share with you just an average moment of someone remarking on my speech?
As mentioned previously, anyone can ask or comment on my speech at any given moment. It's not like I can hide it, nor do I want to take a vow of silence, so I just handle the comments when they arise.

Within the past three days, I have had two people ask about my speech. One was at the doctor's office and the other at the gym.

At The Expense of Others

- January 09, 2017
I actually had an entirely different blog post in mind, one more related to Apraxia. But after the Chicago incident involving the assault on a special needs man it was difficult to write about anything else. Writing about anything else felt like a personal waste of time as this incident is truly what is on my heart and brain.

Assuming you have seen the news about the four assailants who assaulted a young man with special needs, you can understand my frustration and the need to personally vent. If you want to read more about the story, you can read the story here.

As an advocate for Apraxia Awareness, I often witness parents and children discuss bullies. Even on Facebook group pages, it is common to see a parent post about some classmate making fun of or criticizing their child for the way they speak, act, or lack of physical abilities.

Unfortunately though, this Chicago incident is not as simple as a playground, school bully.