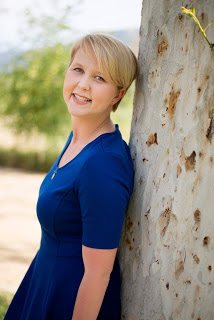 Welcome to "Girl With A Funny Accent!"

I am so excited to share this with all of you and provide a first-hand perspective of what life is actually like with a speech disorder, in particular with Developmental Apraxia of Speech.

For those unfamiliar, Apraxia is a neurological disorder that inhibits children from conducting proper motor skills. This can impact a child's physical coordination and inhibit orofacial muscles; hence there is great difficulty in verbal communication.

However, this is a very black-and-white definition.

My name is Alyson, or Aly for short, and I was 3 years old when diagnosed with Developmental Apraxia of Speech.

This was back in ‘96 or ‘97, when there was very little known about such a disorder. The medical field didn’t recognize it, there was nothing online, and CASANA: Childhood Apraxia of Speech Association of North America didn’t even exist. Quite the understatement to say my parents and I were lost.

How could I possibly be talking one week, saying “Luna” and “Mom," to completely nonverbal for the next several months?  The gibberish, the lack of communication, the constant drooling- it was all so strange. I just didn’t seem to be growing at the same pace as all those What to Expect books had said.

An Autism Specialist explained to my parents that I was misdiagnosed with several disorders that didn’t fully explain what was going on with me-Autism was the most common one. The Specialist suggested that I may have a “rare disorder called Apraxia,” but they couldn’t officially say for certain. The Specialist suggested we consult with experts at Cal State University Northridge (CSUN), a school highly and nationally ranked for their Speech Pathology program.

We took his advice and CSUN's specialists officially diagnosed me with Apraxia. I was actually their first Apraxia case and they covered the majority of speech therapy fees in exchange for using me as a case study. The school tried several techniques to not only help me speak, but to also discover ways to treat Apraxia for future generations.

Thanks to CSUN, special ed courses, and public-school speech therapy, I was able to verbally communicate and say my name at 7 years old. I went to speech therapy for 16 years: 2-3 times a week, for an hour or two, and completed speech homework. These responsibilities, while attending school and completing school work as most children do, took tremendous effort and perseverance from me, my family, and loved ones. Despite my long journey in speech therapy, I still speak today with what sounds like an accent. (Hence the blog title).

I quit attending speech therapy after 16 years, even though I still had an “accent.” I finally grew confident in myself and my communication abilities. Which, frankly what more can you ask for?

Fear and embarrassment no longer controlled me; I was no longer ashamed of my speech.

Socially and academically, I excelled-talking to friends at school, participating in Girl Scouts, presenting in front of crowds at school and events. I found my work ethic and study habits, thus enabling me to transfer from special-education classes, to normal classes, and then to Advanced and Honors classes in High School. I later attended Emory University, a Top 20 University, and graduated with a BA in Political Science and Spanish.

Even with my “funny accent” I continue to find success and escape this Apraxia label.  I hope to share my stories, past and present, to demonstrate that this speech disorder can be defeated through hard work, educating others, and supporting one another regardless of abilities.