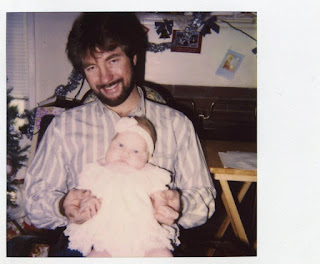 Shout out and kudos to all the Dads out there doing the best they can do.

Raising a child is hard, fatherhood does not come with instructions, and throw in Apraxia well there's definitely not a parenting handbook for that!

Now, I know I haven't blogged about this yet, but my father played a pretty significant role in my journey and made challenging sacrifices.

As you guys know, I was diagnosed with Apraxia at the age of 3. From Day 1 of my diagnosis, I recall my Dad driving 30+ minutes each way to get me to speech therapy, three times a week until I was 16 years old.

Being an only child, two parents that worked full-time, driving between therapy sessions, and attending after-school daycare. It was hard, even typing it out the schedule confuses me.

I don't even know how they did it.

Now, also throw in the fact that my academics in elementary school were not spectacular. Homework took me hours to complete and I could never finish it all at daycare, so I'd go home and my Dad would have to help me until sometimes 10 o'clock at night. Mind you, I was 6, but I had to get it done somehow!

Anyways, the schedule was hard even with a 'special needs' child. But, it got just a little more challenging when they had my little sister, Sara.

How on Earth! One 'special needs' kid and an infant, simultaneously with two working adults?!

Something has got to give, right?

Well, my parents made the decision back in the early millennium that my Mom would work and my Dad would stay-at-home.

No more daycare for me, I went straight home and my Dad helped me with homework, drove me to speech therapy on time, and was heavily involved in everything I did.

He'd constantly watch my sister and maintain the house, the bills, etc. He became a PTA Dad and even a Cheerleading Dad.

Now, at this time, historically speaking, being a stay-at-home dad was not common. Frankly, it was so rare that a local journalist of the Burbank Leader wrote an entire column about him with photos of my Dad, sister, and myself. My Dad received comments, I'm sure, for being a 'stay-at-home' parent. I know I received comments even as a kid, "Your dad's not supposed to work at home."

The point is, this sacrifice of leaving the workforce to raise his kids was a challenge. Being a stay-at-home parent is already the most difficult job in the world. The fact that he willingly did so to help me be the person I am today and to assist my sister in becoming the young woman she is; it is all beyond belief.

He was there when I had my first heartbreak, he even caught some bullies red-handed and defended me, and he was always there when there were any issues at bay. His decision to be a stay-at-home dad permitted him to be there for me when many children do not get such luxury.

Frankly, for a man to work that hard and willingly make that sacrifice, while also receiving the criticisms he did for not being an "employed Dad"-I still can't believe it and I am beyond thankful.

I know not all Apraxia Dads out there are stay-at-home Dads, but regardless you all are putting your best foot forward to help your children on this Apraxia Journey. 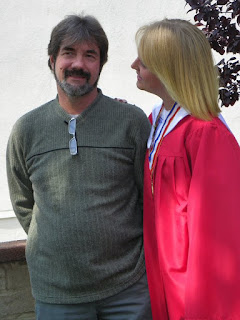 Sacrificing perhaps family time to make extra money to pay for their therapies.

Calling your wife right after an appointment to see how it went.

Or even calling home to say Hi to your kid in the middle of the afternoon.

Regardless, it all goes towards helping your child on this Apraxia Journey.

That's all that ultimately matters.

Thank you Dads for being awesome, supportive, and doing the best you can do.

Thank you Dad for helping me be the woman I am today.