Middle School, Puberty, and Apraxia? You've Got to Be Kidding 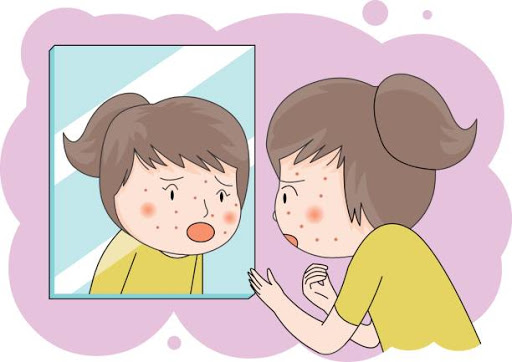 Ah, the trials and tribulations of the pre-teen years.

Being anywhere near the age of 11 to 13 years old is already challenging enough. Puberty, friendships, the awkward questions between asking your crush if they like you and "Mom, how do I shave?"- it's all overwhelming.

Throw in Apraxia and on top of these frequent middle school obstacles, those diagnosed seem to face another onslaught of challenges. My top two internal struggles at the ripe age of 12 (at least from what I found in my plethora of diary entries) were:

1.  "People say I talk funny but I have to do this presentation in class. How do I do it without being made fun of..." or

2. "My crush said I looked cute but they wouldn't date anyone who talks like me, what does that mean?"

Point is, this delicate balance between Apraxia-challenges and puberty challenges occur to all pre-teens currently diagnosed with the disorder. Perhaps the most challenging aspect is managing one's well being, while simultaneously mitigating Apraxia's effects and facing what every pre-teen faces: puberty, awkwardness, and self-consciousness.

I often find that both parents and professionals alike also face this balancing challenge when assisting in the well-being of those in this age-demographic. Even managing the Apraxia-challenges or Puberty-challenges on their own is difficult, having to maintain and address both simultaneously is twice as difficult.

My only advice for those going through this phase is to try to engrain and immerse a pre-teenager in any sort of activity or hobby that they would otherwise participate in if they didn't have Apraxia. It's a risk, it's always a risk, but being able to equip any young person to do a hobby, activity or sport and shaping their initial confidence in such an unstable period is vital.

I can only speak from my experiences that my most cherished moments in Middle School were the ones when I felt like a 'normal kid' and not a speech-therapy test subject. I enjoyed Chorus, dancing with the Cheer Squad, and even camping with my Girl Scout Troop. In between all of those joyful moments, which I am grateful to have positive memories in my middle school years, I also recall the anxiety of participating in class and attending School Speech Therapy.

The anxiety of being 'found out' for having a disorder and attending therapy was so extreme that I quit saying 'Here' during attendance, I strictly said 'Present' as I could pronounce it better. Even more impressive-due to my worries on others' finding out' about my therapy sessions- I lied for 2 years about being a part of a Library Volunteer Program. In this fake volunteer program, I left class for 30 minutes, once a week, went to the library and helped organize books. In reality this was speech therapy (that just also happened to be in the library). Now I hated lying, but I'd rather be a liar than the girl who spoke funny. So the one time someone challenged me about the authenticity of this program, I stayed up nearly all night creating a fake-laminated volunteer badge, school logo, my name, and a bar code to really solidify the reality of this Fake-Program. Apparently in middle school having a laminated badge and a bar code can make anything (even a fake volunteer program) seem official.

Ultimately, Middle School and the Pre-Teen Years are rites of passage. Cliche, yes, but these years are natural stepping stones in becoming a productive teenager and learning from silly mistakes.

For those diagnosed with Apraxia, this period is marked with their continued work to overcome the speech disorder, but also developing the essential skills and habits of navigating a world that isn't perfectly structured for those with unique needs. So what better opportunity than now to allow them to try a new hobby, sport, or activity-any attempt at building such confidence, is a foundation for growing confidence.